How to Win at NaNoWriMo 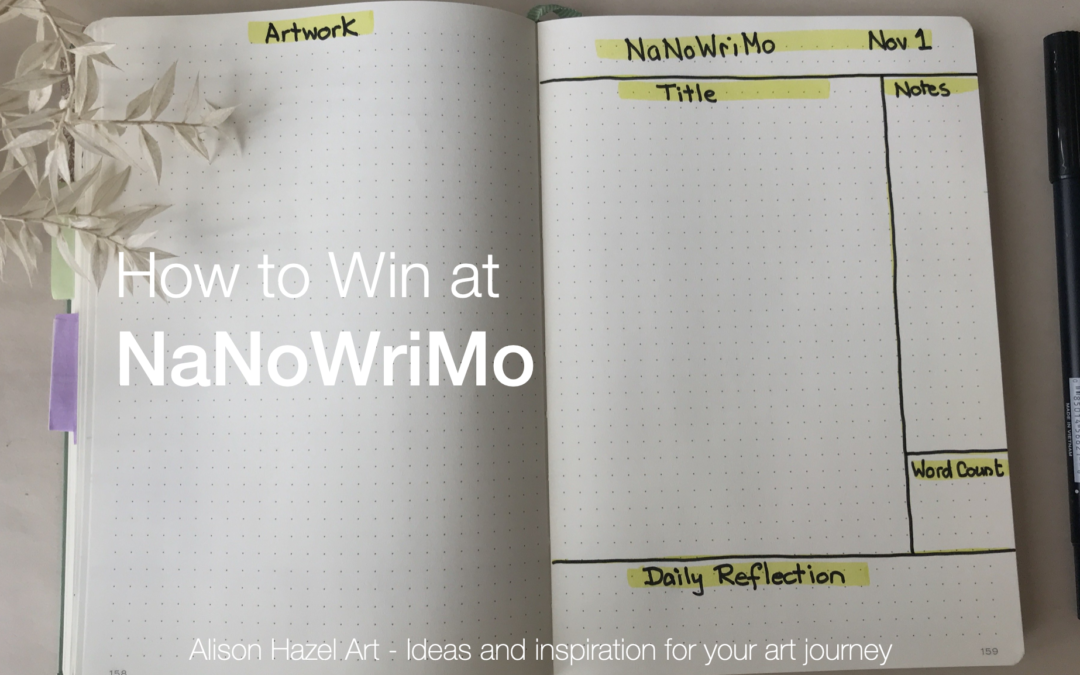 As the NaNoWriMo movement has become a global effort it could be called IntNoWriMo or International Novel Writing Month, but that probably won’t easily catch on.

NaNoWriMo closely follows Inktober which is an art challenge every October which I love as well.

Say you were planning a novel, or any other type of non-fiction book or writing project, to have 50,000 words is a vast number of words completed.

In his fabulous book, “On Writing” Stephen King says he writes 2000 words every day of the year, including Christmas Day, and on his birthday.

When I first read this fact it seemed an awful lot of words, but then I thought to myself, well perhaps I can do 1000 words a day and this has been my goal since then.

For NaNoWriMo you can write 1667 word a day and just push yourself a little further.

When I started writing blogs, I was writing about 150 to 200 words and then putting it in a drawer and coming back three days later as I thought this is how real writers work.

I’d read that proper writers write a bit of work, then they let it percolate and they eventually come back to it, but that really didn’t work for myself and my blogs.

After discovering the word count that Stephen King aimed for each day, I decided that I will write 1000 words a day.

Suddenly one thousand words became the perfect length for a blog post for me.

Most serious blogs are at least 1000 words, and some can be around 2000 words because this is a good amount which can be read in under five minutes.

How to Win at NaNoWriMo

NaNoWriMo is a challenge which you take with yourself.

You can report your wins on social media with everybody else who’s doing it under the hashtag #NaNoWriMo.

But to win at NaNoWriMo you must write 50,000 words during November.

The idea is that your 50,000 words could be a solid foundation for any type of writing project.

What to do With What You Write

What you write for NaNoWriMo will be different for everyone.

Here are some of my ideas on what to do with what you write.

When you consistently write every day, and you push yourself to 1667 words, it builds the habit of writing.

This ritual will benefit you for the rest of your life because once you see what you can achieve during November you realize you have so much more inside you.

These revelations come to yourself as you see what you can achieve.

You can write 1667 words today and you can put 50,000 words down in November which could be a turning point for you and your creative journey.

My Experience with NaNoWriMo

I have tried NaNoWriMo three times in the past.

The first time was years ago when I thought I was going to write a novel. I quickly discovered that a novel isn’t my thing. They say everyone has a Great American Novel in them, well, I don’t think I do because writing a novel just didn’t keep my interest.

The second time I attempted NaNoWriMo I was writing a new age book and although I got off to a good start, after about seven days, I just couldn’t keep up with the word count and I let it go.

In the time after my abortive NaNoWriMo attempt I did complete that book, but it took an awful long time (years) to get the basics down.

I often think that if I’d stuck to NaNoWriMo I would have forced myself to have all the basics that I needed for the structure of the book.

The third time I attempted NaNoWriMo I was all caught up in all the social media aspect of it.

Many people were making it, but I found I still couldn’t keep it up every single day.

I slowly slipped behind on the word count and I let it go.

But this year I’m getting organized to write NaNoWriMo.

Planning NaNoWriMo for This Year

I’m writing this in July because I’m already thinking about what I’d like to achieve during NaNoWriMo in November which is still five months away.

I know that being prepared properly is what’s probably going to get me through.

There are several steps I’m planning out and I’m going to list them now.

I shall write thirty blog posts of 1667 words each, so that would be one blog post per day in November.

My decision is to write thirty blog posts of 1667 words each for following year.

I’m going to do thirty separate blog posts which will certainly set me up for what I need to provide me with lots of content going into the New Year.

After NaNoWriMo, and during this December, I can polish the posts.

My first completed blog post will be published in the first week in January.

I will set up the thirty Word documents on my computer beforehand and have them ready to go.

Each Word document will include the date in November and the blog title all set for me to start typing immediately on November the 1st.

I also have a new journal, I love journals, which I’m dedicating to NaNoWriMo this year.

In my NaNoWriMo journal I am making notes about the content.

If I do thirty individual topics, I need thirty titles for each of the blog posts.

Then I will know each morning when I wake up what my daily title is and what I’m supposed to be writing about that day.

I don’t want to be sitting at my keyboard thinking, “Gosh what shall I write about? I know, let me make some coffee and do the laundry” and not getting the words on the page.

Although I’m not writing any words before November, I am planning what I’m going to be writing about.

Artwork for Each Blog

Because I am a creative and not just a writer, I do like to do art which is what the website is about.

For my NaNoWriMo journal I require a book with at least thirty full double-page spreads one spread for each day of November on which I can do an art piece related to the blog post.

This means the book must have at least 60 pages if not more.

I’m also planning to have a daily review at the end of each day.

I envisage my daily review as a place where I can write one or two sentences about how the writing went.

Because I do believe that some days, I won’t be able to do any writing at all and that being the case, I would either have to catch up over the next few days or get ahead beforehand, so that I can afford to take a day off if I have to.

I don’t want to limit myself to 1667 words per day and, certainly, if I can get ahead in the beginning that will help because I do tend to flag mid-month.

I feel that having a reflection in the evening in my journal jotting down a few sentences will help me realize what I’m trying to do and why I’m trying to win at NaNoWriMo.

This diagram shows the layout of my journal pages for my NaNoWriMo writing this year.

I always start on a double spread page. 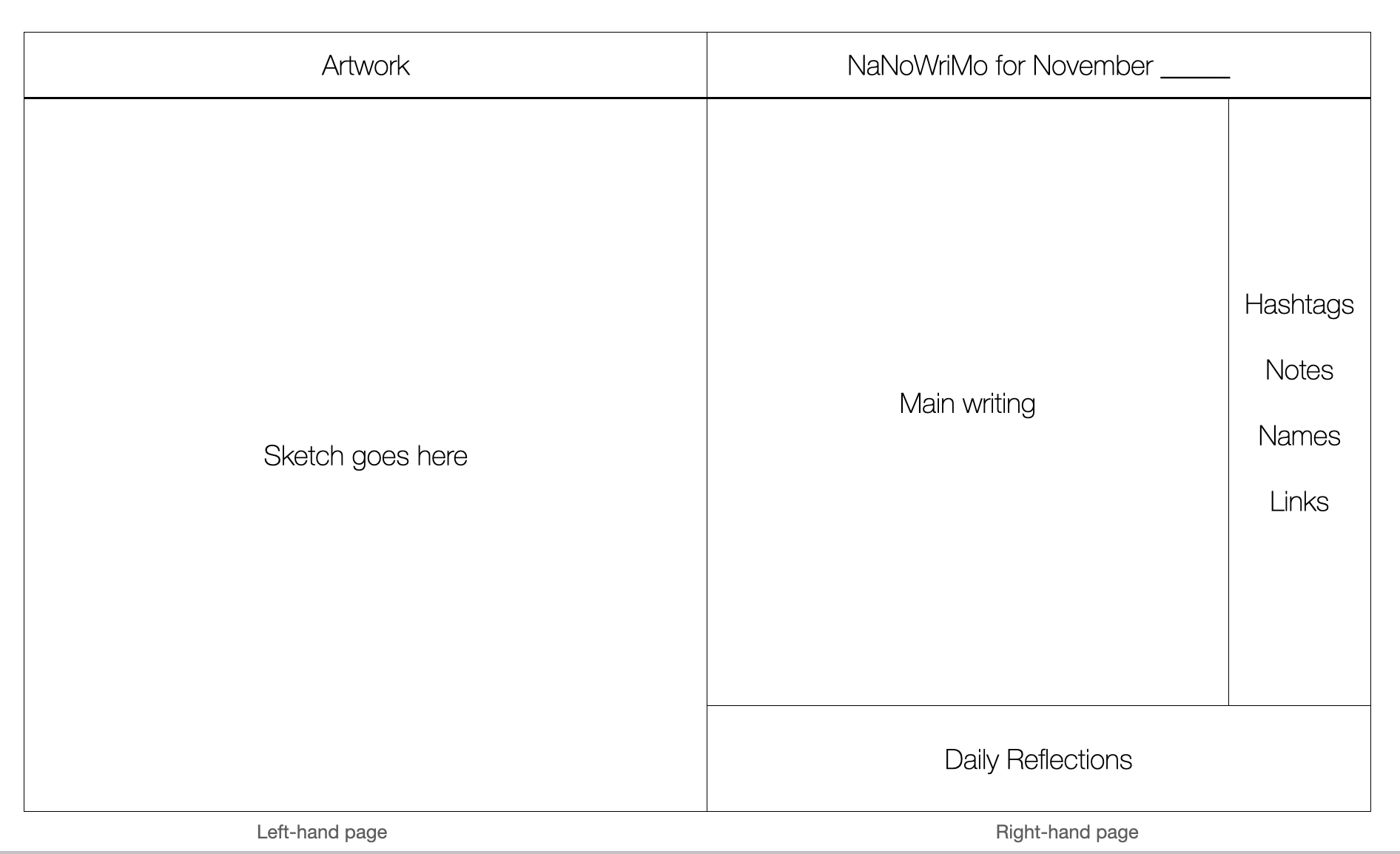 On the left-hand page, I will draw the artwork that goes with the post.

The first right-hand page will be divided in a particular way.

At the top is the working title, subtitle and then the paragraphs below.

On the right-hand sidebar is an area where I can make notes about items which I need to mention such as:

The body of the writing will be on the right-hand page in the wide left column.

I will set out my journal ahead of time because I do enjoy handwriting although I may ultimately put it all into Word.

I will write in Word to get the correct word count, and this might sound like double duty, but I do believe that being properly prepared will help me.

The bottom footer area is for reflection and evening review about how I felt the day went.

I want to reflect on this writing journey.

If I don’t manage to finish in November, I will still have all my notes in my journal about what I was getting into.

I can continue into December, if necessary, but I hope that it won’t come to that.

What to Write – Ideas

I want to share my plans for NaNoWriMo with you so that you might give some consideration to getting started with some writing project of your own this year.

You may want to do a memoir for your family. A family record is something I’ve been toying with as my daughters are saying, “Hey tell us about the old days, were you in the war?”

I mean how old are they think I am?

I may or may not want to at one point write about those things this year.

My focus is writing about developing creativity specifically in women over the age of 60 in the third age.

I am just sharing this with you.

You can still get yourself a journal and start writing and planning out what it is you want to share and what you really want to leave behind.

This might be the year when you write your life story for your future generations which can be shared with your children, grandchildren and the rest who come behind you.

You have a lot to offer.

We are moving in a digital world and many of the young folk don’t know anything about it.

I’ll talk more about documenting your legacy in another video.

I’m not going to beat myself up if I don’t manage to write 50,000 words in November.

I would love to complete this and I’m getting as prepared as I can to do NaNoWriMo and I plan to do it, but I will not mentally harangue myself if I do not complete the challenge.

Additionally, I will not consider myself a failure if I don’t make it.

However, I will certainly consider myself a success if I do win at NaNoWriMo.

Use the hashtag #AHANaNoWriMo so we can see what work you are doing with our template.

I’d love to see what you create.

In your art journal (or your special NaNoWriMo journal) please do the following: 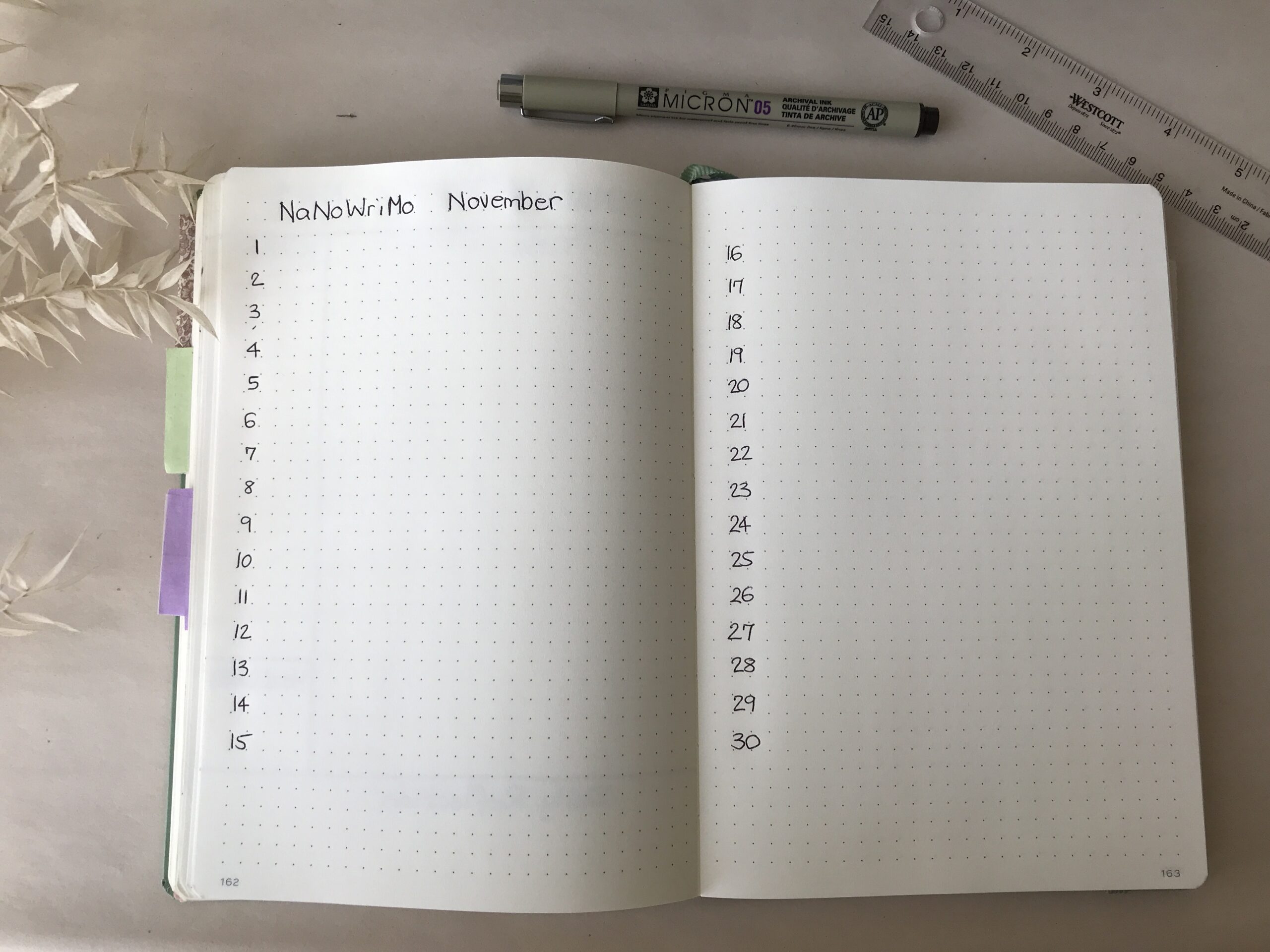 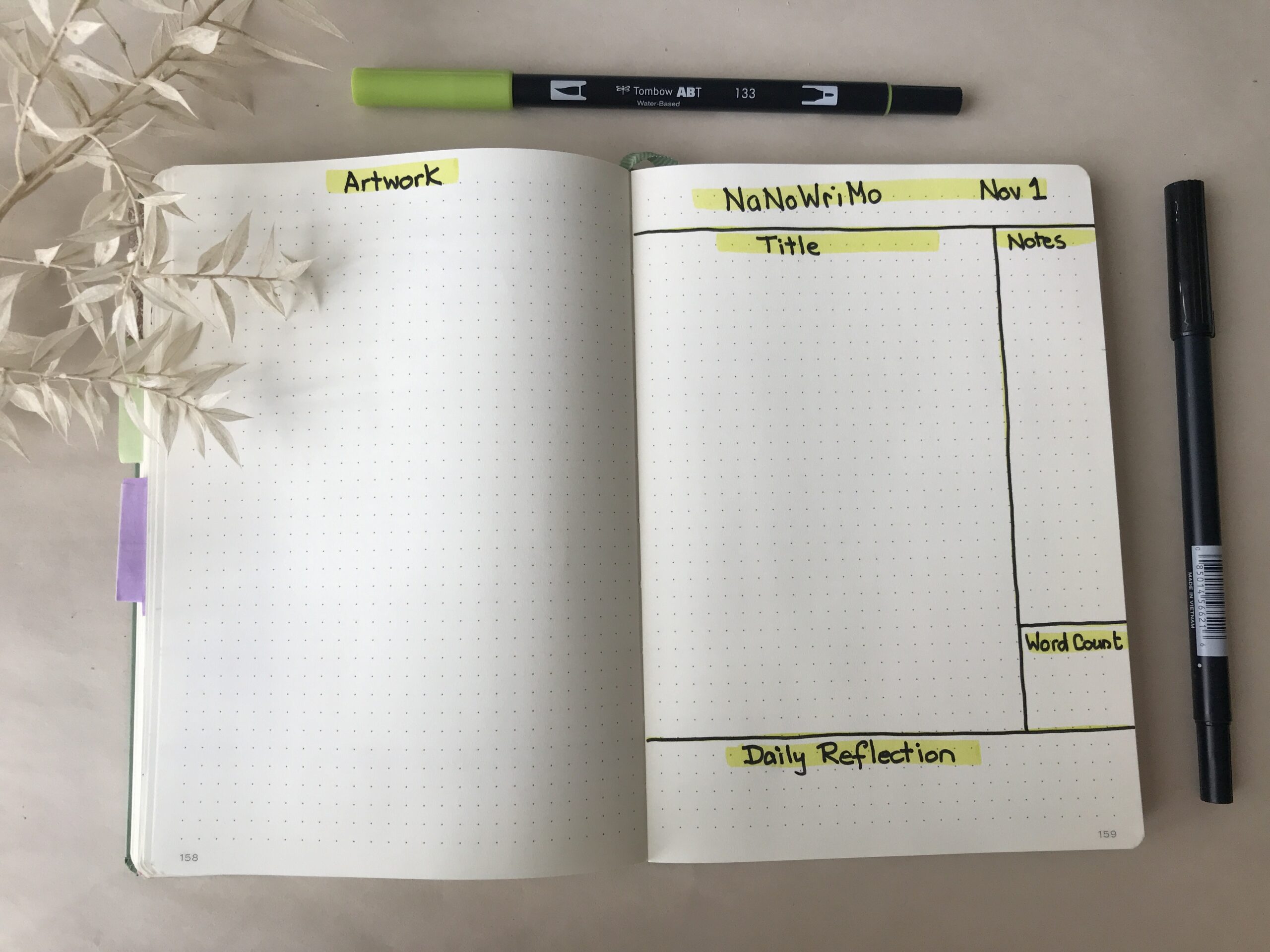 Now you are all set up to win at NaNoWriMo this year.

Here is a sample of some more topics from our blog posts. 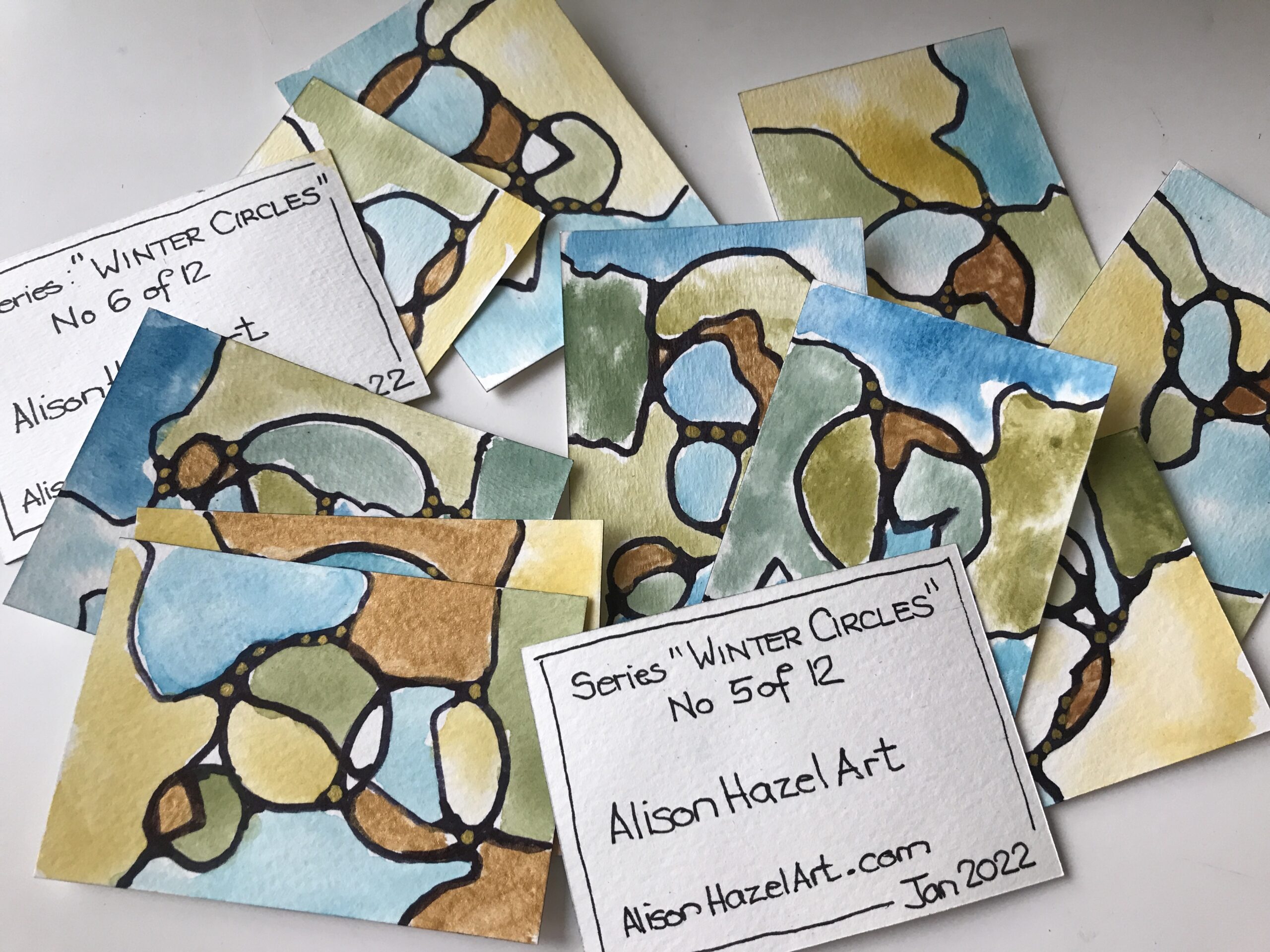 How To Make 12 Artist Trading Cards with Neurographic Art

How to make 12 neurographic art Artist Trading Cards which are easy, super fun and quick to do. 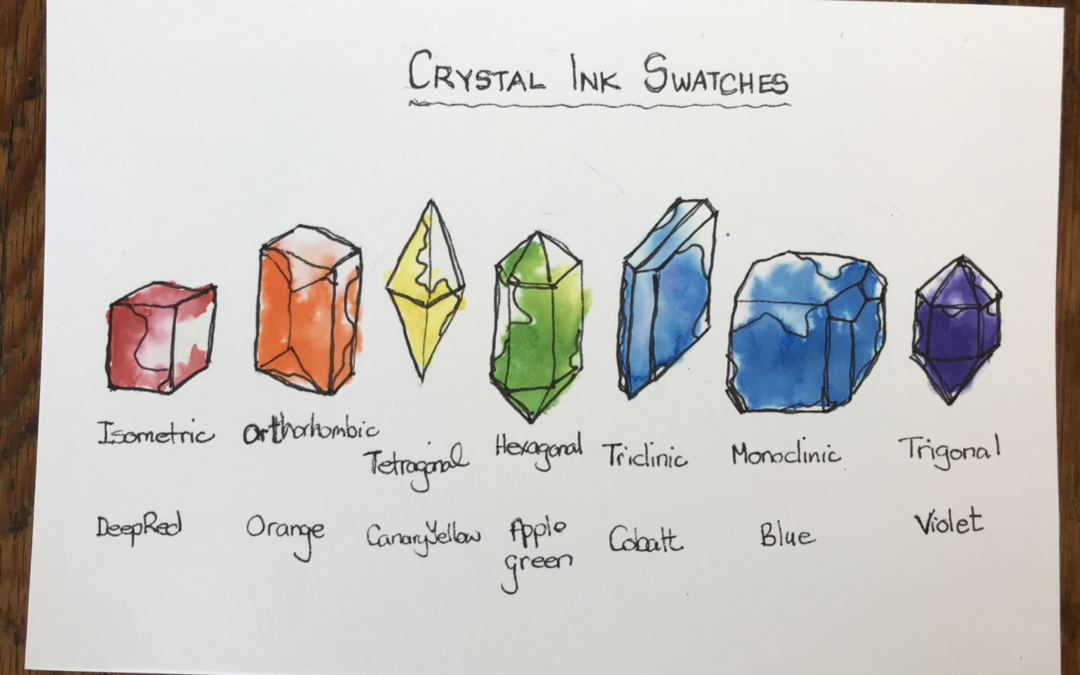 Create a crystal ink swatch for your Windsor and Newton drawing inks. 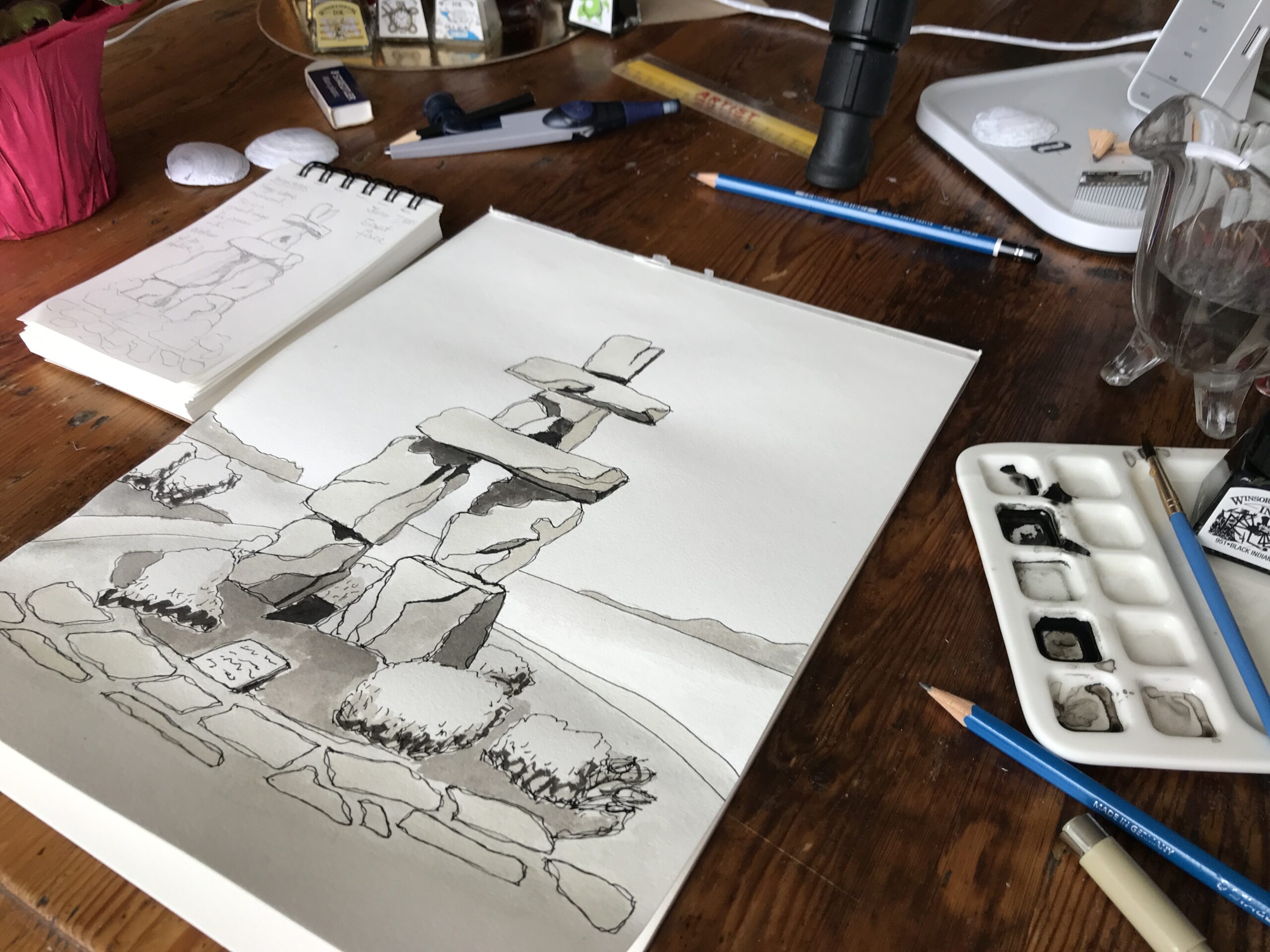 Inspiration As a part of working on my nature journal, last weekend I went down to the beach at the coast in Vancouver. I was there last week but this week I walked further round the promenade and came across the massive inukshuk. An inukshuk is a figure made of piled...

This time I drew the Vancouver Inukshuk in pen and

This weekend I had planned to go down to the beach

“In the long grass” my daily art practice for

Meditative Art that anyone can do.⁠ ⠀⁠ Draw

My piece “Fantasy Village” contains all the cu

The second vowel is “E” which has no curves so

St. Brigid’s cross is an offset cross and usuall

I made these neurographic art Artist Trading Cards

This artwork can be seen in different ways; roses,

One of the artists I really love is Kandinsky. ⠀